Calvin also grew up in southwest Virginia, and graduated with a B.S. in Criminal Justice from the University of Virginia at Wise in 2004.  Following his undergraduate studies, Calvin received his J.D. from the Western Michigan University Cooley Law School in 2008.  During law school he worked as a law clerk for the Honorable Joseph R. Carico, Circuit Court Judge for the 30th Judicial Circuit of Virginia.  Calvin also interned for the District Attorney’s Office of Harris County, Texas.

While living in Texas, Calvin worked as a contract attorney for Donovan & Watkins, where he extensively handled pre-litigation matters in several high-profile cases, including litigation related the Deepwater Horizon oil spill.  Following the shale boom, Calvin moved to Pittsburgh, Pennsylvania to join the law firm of Lenington & Parrino LLP, where his practice consisted of drafting certified oil and gas title opinions, which requires an intricate knowledge of legal matters related to both surface and mineral rights.

Calvin is licensed to practice law in West Virginia, Pennsylvania, Texas, and Utah.

Joel grew up in the small coal-mining town of Wise, Virginia, and received his bachelor’s degree in Business Administration from the University of Virginia at Wise.  He stayed close to home and true to his roots by attending the rural Appalachian School of Law, located in Grundy, Virginia, and earned his Juris Doctorate degree in 2007.

After successfully passing the bar exam that same year, Joel joined a small plaintiff’s firm in Madison, West Virginia, where he successfully represented land and mineral owners in disputes against some of the nation’s largest oil and gas companies.  During his time in West Virginia, Joel also practiced a significant amount of personal injury/wrongful death claims, as wells as a substantial portion of criminal defense cases.

In February of 2013, Joel moved to Pittsburgh, Pennsylvania to work in-house for a Fortune 500 oil and gas company, where he further honed his skills in oil and gas law.  Although learning a significant amount about the complex operations of oil and gas companies, Joel realized that he wanted to return to a small town environment to raise his family and represent the people needing a voice.

Joel is licensed to practice law in Pennsylvania and West Virginia.

Standing Up For Your Rights

Giving your case prompt and personalized attention, start to finish. 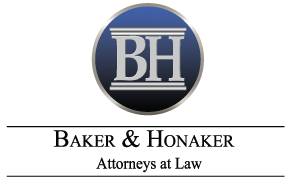